8 THINGS TO BE EXCITED ABOUT ON THE HUDSON IN 2021 THE BEST IS YET TO COME

Finally! It’s time to shake 2020 off our feet—or maybe scrape it off our shoes—and look forward to 2021, when every new month promises to be a little better than the one before. That’s a trend we like to see.
Another great trend is the continuing push for a greener, smarter, healthier Hudson County. One side effect of having our pants on fire for an entire year is that we didn’t always notice cool things happening in our community. Many projects that started last year will come to fruition in 2021, or be well on their way. We’ve gathered a list of our favorites here. As Ol’ Blue Eyes would say, “The best is yet to come!” 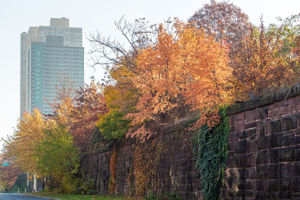 Word in November was that Jersey City was weeks away from a deal that will be the first step toward building a unique rails-to-trails project focused on the 6th Street Embankment. The mile-long elevated tract covers roughly 10 downtown acres, from Brunswick Street to Marin Boulevard. It used to be a cargo route for the Pennsylvania Railroad, but the tracks have been abandoned for more than 20 years. While a protracted legal battle played out over the land’s ultimate disposition, Mother Nature did her thing.

Plans are for the tract of urban wilderness to become a linear park, the centerpiece for walking/biking trails that will extend through and beyond downtown. Legal details are still being hammered out; some of the land may be reserved for private development. But giving more people a way to play outside is a wonderful thing. Keep your fingers crossed. 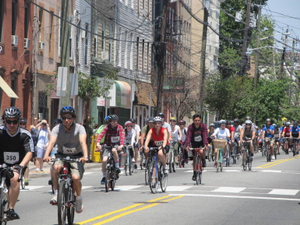 In September, Jersey City Mayor Steven Fulop announced plans to link protected bike lanes across the city to make longer commutes easier and safer for cyclists. “We will be linking proper protected bike lanes from Journal Square to Grove St to Berry Lane Park to Hoboken. More to come on this front,” he tweeted.

The project won’t just make cycling safer, say city officials. It will enhance safety for everyone sharing the road, from private vehicles to transit riders to pedestrians. The design was developed to put a barrier between cyclists and vehicular traffic without reducing available on-street parking or restricting access by emergency vehicles—two of the common criticisms made against bike lanes. The project is one of many components of Jersey City’s Vision Zero initiative, which was approved in February 2019. 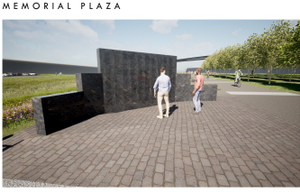 What was once a Superfund site will soon become Skyway Park. And Jersey City Mayor Steve Fulop has taken the park project a step further with the planned addition of hundreds of trees, representing citizens who died in the pandemic. The mayor’s own grandmother was one of those victims, and if the park project goes according to plan, Fulop and others will be able to go there in summer or fall to reflect on the loved ones they’ve lost to Covid-19.

Skyway Park will sit where a near-volcanic toxic dump belched smoke for years—PJP Landfill, on the banks of the Hackensack River. In fact, the landfill was one of the reasons the Superfund law was written 30 years ago. The $10 million park project completely reinvents the space, which will include walkways, a pedestrian bridge and a Covid-19 memorial. 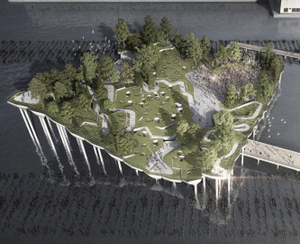 We spent 2020 watching Little Island Park take shape on the Hudson from Hoboken—it’s an amazing addition to the skyline. Now this “floating” green space, designed to mimic the look of growing tulips, is on schedule for completion this year. You can clearly see the “tulips” from the Jersey side; from the New York side, it looks more like a park on a hill. But when the park opens, everyone will be able to see this enchanted-feeling place close up and appreciate its beauty.

The two-acre project, estimated to cost $250 million, is being funded by Diane von Furstenberg and her billionaire husband, Barry Diller, who has said the idea was conceived after Superstorm Sandy and inspired by children’s pop-up books and the Land of Oz. 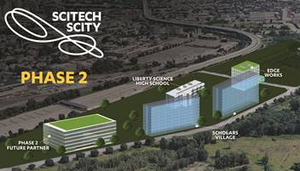 A new magnet high school planned in Jersey City will give some 400 teens the opportunity for a state-of-the-art STEM education that will also connect them with more than 200 tech startups and entrepreneurs. Construction of the school next to Liberty Science Center (LSC) will begin this year, with completion of phase one expected in 2023. The Hudson County School of Technology will oversee school operations. The City of Jersey City, which will share in operating costs, donated 12.5 acres of land to make “SciTech City” happen. LSC has raised $27 million in donations toward the project.

In addition to the high school, SciTech City will include 100,000 square feet of lab space, private studios, open workspaces, a conference center and a residential village for entrepreneurs and innovators. LSC already houses cutting-edge facilities, including the biggest planetarium in the Western Hemisphere. 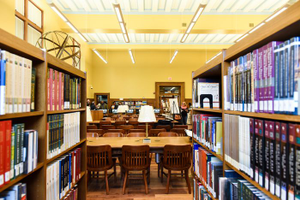 In November, Jersey City announced plans to expand and upgrade the Free Public Library to the tune of $10 million. That will be the final phase of a renovation that’s been ongoing since 2014. The main library is the largest of its kind in the state, and Jersey City residents were invited to weigh in on how this final project will look. Among the suggestions being incorporated are modernization of the 115-year-old building’s technology, more space for people to meet and gather, and the addition of public computer terminals. The plan also includes the building of more public restrooms, including a gender-neutral facility.

Jersey City Mayor Steve Fulop noted that the pandemic has highlighted the library’s importance as a way to expand access to “community-focused educational, cultural and employment resources.” To that end, he has also announced plans to build a new library branch near one of the city’s public housing sites. 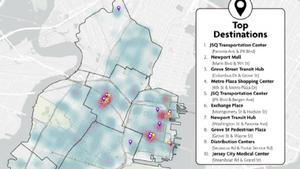 A pandemic would seem a bad time to launch a new public transport system, but Jersey City’s Via program had steadily growing ridership in 2020, proving that people will take public transportation if it’s convenient and priced right. Via Jersey City’s on-demand buses began running last February, charging $2 a ride. Response has been so positive, particularly by residents in Ward F, that the city grew its Via fleet (including its electric buses) from 17 to 26 during the year’s third quarter, to keep up with a 78 percent increase in ridership. 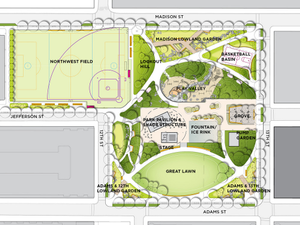 After Hurricane Sandy, the city of Hoboken listened to Mother Nature and let her have a say in its waterfront development. The result is Northwest Resilience Park, a six-acre site that, when completed, will do what it did naturally more than 100 years ago: help keep Hoboken from flooding.

Located between Madison and Adams Streets and 12th and 13th Streets, the site used to be a tidal marsh but was infilled in the early 1900s for industrial use. Hoboken is now transforming the asphalt-covered area into a variety of green spaces inspired by the landscapes and histories of the city, like the rise of the Palisades and the former wood-plank roads that crisscrossed the marsh meadows on the west side. While offering a place for nature, culture, athletics and play in the growing northwest neighborhood, the park will also serve a hidden purpose: managing a million gallons of stormwater. 8 THINGS TO BE EXCITED ABOUT ON THE HUDSON IN 2021

Many projects that started last year will come to fruition in 2021, or be well on their way. We’ve gathered a list of our favorites here. Read More » The Liberty Science Center (LSC), in Jersey City, is hosting LSC in the House, an online service where stuck-at-home scientists can conduct experiments and more. Read More »

Children can have fun discovering wild animals and their “creature powers”, beginning at the Wild Kratts HQ through five distinct habitats. Read More » Hot Chocolate Bar at The Cottage

Essentials of Tai Chi and Qigong

The Science of Natural Healing

7:00pm · No venue was assigned to this event.
View All Add Your Event