The Summer Day Camp Where We Beat Covid We were on pins and needles in the months leading up to the start of summer camp this year. Would the state permit us to open? If so, would the county board of health allow it? It was already June—could we open with so little time to prepare? Would parents be willing to send their kids? Would counselors and activity leaders be willing to work?

These were just some of the questions that needed a “yes” for camp to happen, in a year when it was more important than ever for kids to have the experience and relief that camp provided.

Well, camp did happen. And on August 14, we completed the season without a single case of Covid reported. 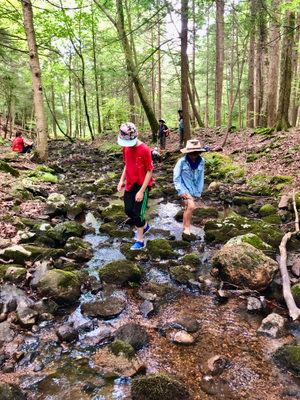 Association promulgated a 87-page guide detailing the new normal under Covid. Plus, there were federal, state and local mandates. Here are just a few of the guidelines:

Campers would be grouped into “pods” of no more than 10 members.

Campers had to wear masks on buses or indoors, but not outdoors with their pods.

Counselors and activity leaders had to wear masks except when they were outdoors and more than six feet from a camper.

There could be no gatherings or activities where pods could interact.

When one pod passed another, there had to be six feet between them.

Each of the 11 age groups had two day hikes, their only activities off camp premises. No overnight hikes, no canoe trips, no Cedar Pond, no Clearwater Sloop outing on the Hudson. Besides having to enforce pod rules, we could not have more than 11 individuals on a school bus: one person per row on alternating sides. This was a logistical and financial nightmare.

But the day hikes themselves were magical.  We climbed mountains and the Jackie Jones Fire Tower, visited lakes and a waterfall, mucked in streams and picked lots of blueberries along the way. On one damp five-mile hike, the kids spotted 124 red-spotted newt salamanders. On another, they identified more than 70 frogs and toads. We even encountered a timber rattler crossing our trail. I don’t think the kids will forget that!

The kids were bubbling over with excitement. It was routinely mentioned that the hikes were even better than days spent at home on the Xbox. 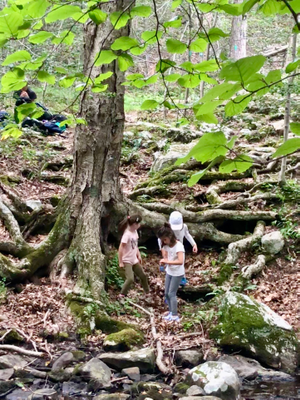 There we about 170 campers, counselors, activity leaders and other staff.  Counting orientation, which was live for three days and virtual for two, we spent six weeks together.

I remember sitting in the open-sided tent on July 6, the first day of orientation. The folding chairs on the grass were spaced six feet apart, but we were all wearing masks. Daniel, the camp director, looked around and said, “Wow, this is the first time I’ve been in a group this large since March.” It was the same for most of us.

One of the other changes Daniel mentioned during orientation was that we would not see photographers floating around as they had in previous years. “We don’t need to have pictures of kids and staff with masks on in what may come to be known as the Covid summer.”

Well, I took lots of photos and videos. In many there are masks. But in most of the outdoor shots, all you can see are the smiling faces of kids enjoying nature. I will treasure these memories of a place where we all experienced a sense of wonder that will last a lifetime—the magical six-week summer camp where we beat Covid.

Roger Dubin is a day-hike leader and naturist for The Nature Place Day Camp; marketing director for Natural Awakenings in NYC and Hudson County, NJ; and a volunteer trail supervisor for the New York-New Jersey Trail Conference. Find him on Instagram @MrNaturalNYC or email him at [email protected].