Homeown-HER ~ Women Back on the Rise in Homeownership After nearly a decade of decline as a percentage of American homebuyers, single women have been regaining lost ground since around 2015, according to the National Association of Realtors® 2020 Profile of Home Buyers and Sellers. NAR® data also shows that single women represent a higher percentage of first-time and repeat homebuyers than single men—a trend broadly supported by US Census Bureau data on home ownership.

The time frame reflected in the NAR® report begins just before the subprime mortgage crisis sent the housing market and the larger US economy into a tailspin between 2007 and 2010. In 2006, single female buyers accounted for 22 percent of total homes purchased. That number reached its lowest point, around 16 percent, in 2015, but since then has been trending steadily upward, reaching 19 percent in 2020. The NAR® data shows single women performing particularly well as a percentage of first-time homebuyers. While that percentage fell significantly, from 27 percent in 2006 to 17 percent in 2018, the downward trend now seems to have reversed, with the number reaching 19 percent in 2020.

Single females have been a relatively steady percentage of repeat homebuyers. They fell from 18 percent in 2006 to around 15 percent in 2012 and again in 2015, but since then have largely made up those losses, representing 18 percent of repeat buyers in 2019 and 17 percent in 2020.

In both categories, women surpassed their male peers in 2020, when single men accounted for only 11 percent of first-time homebuyers and 9 percent of repeat homebuyers.

Other notable takeaways from the 2020 NAR® report:

The median age of single female first-time homebuyers was 33.

The median age of single female repeat homebuyers was 59.

The most frequently-bought type of home was a detached single-family house.

Single people in general were more likely than married couples to purchase a condominium    or townhome.

Just over half of single women surveyed—more than any other household composition—said that proximity to family and friends influenced their choice of neighborhoods.

A March LendingTree report analyzing US Census Bureau data confirms that single women hold a significant edge over single men when it comes to home ownership in the nation’s 50 largest metro areas—approximately 5.2 million homes versus 3.6 million.

The largest gender gap favoring single female homeowners is in Boston, followed by Miami and New York City. The smallest is in Las Vegas. Single male homeowners trail their female counterparts in all 50 metro areas.

Local Housing Trends
From last year, starting in March 2020, we saw the big shift west. NYC dwellers moved to NJ and many Hudson County dwellers moved west to Morris County in search of the same thing: great schools, great communities, more space and direct train access to the city. The sidebar of local stats shows the housing revolution that swept through the local area. 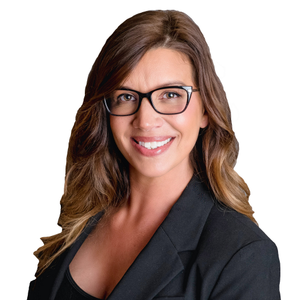 Tina Woods is the editor-in-chief of Natural Awakenings with a conscious-centered focus on living & Licensed NJ Realtor® with in-depth knowledge of New Jersey living.  She is available to assist you at no cost if you have been considering home ownership this past year.  Please email her directly at [email protected]. Looking to sell your home? Here are some tips on what you can do to improve your chances of getting top dollar for your home. Read More » Home is where the heart is. And judging from the real estate data, a lot of hearts have fallen for New Jersey. Read More »
In-Print, Community home women May 2021 Home Owners